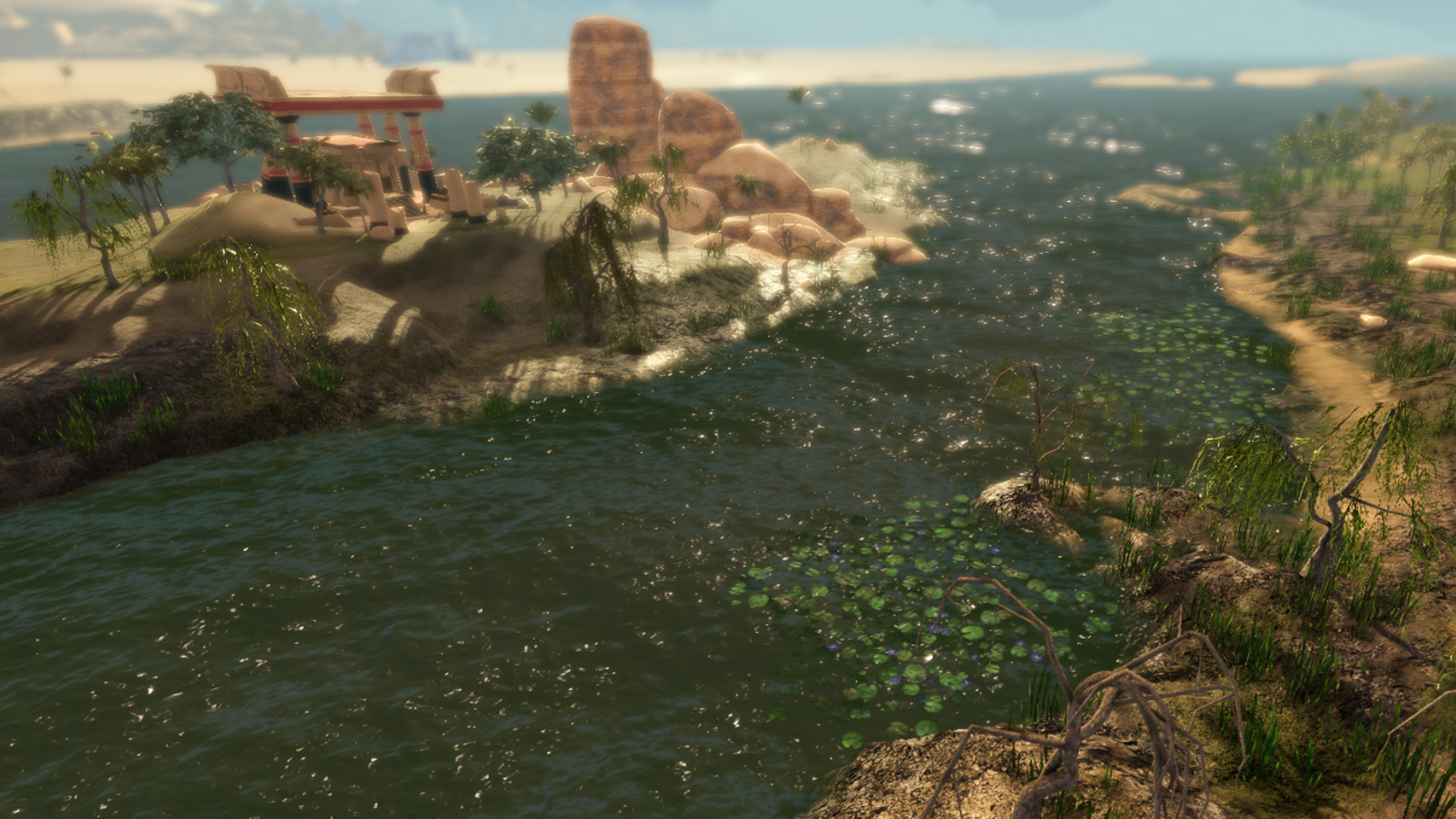 This week, we’re going into some detail about The River Nile and how it will play a key part in Dynasty of the Sands (DotS).

Known as the lifeblood of Ancient Egypt, its seasonal flooding provided crops with essential water and nutrients, bountiful supplies of fish, and a source of drinking water. Its importance to ancient Egyptian life cannot be overstated.

Due to its significance, we have incorporated the Nile as a core feature of DotS.

From the outset we wanted the Nile to ebb and flow seasonally. To challenge the player to plan around seasons and the changes they bring. Crops must be harvested before the floods wash them away, and the fertile land cannot be worked until the growing season begins.

Our first step in the process was simply getting the visuals right. In this aspect we drew heavily from photographic reference, and combined this with our own aesthetic.

During the Growing Season, while the Nile is low, farmers use this time to plant their crops (Berries, Flax, Grain etc). The crops will have time to grow and flourish along the banks before harvest season begins.

Harvest Season requires the player to harvest the crops that have grown, in order to be used to feed your population, or create resources such as Linen from Flax.

During flooding season, the Nile will rise above the lowlands, wash away any crops that have not been harvested in time. This gives you incentive to plant only what’s necessary and quickly so that your plants don’t get destroyed, leaving your people to deplete your stored food or starve until the next harvest

Once the Nile has receded, the soil around the river banks will be fertile and ready for farming and food production to begin once more.

We’ll be sure to update you as we expand further on these systems. And as always, we love to hear your feedback!

Next time we’ll be talking a bit more about the disease system within the game, and how as a player you will need to keep your population healthy in order to survive.

Thanks for reading, if you enjoyed this or want to find out more, head over to the Steam page and add Dynasty of the Sands to your Wishlist